DISCOVER THE PROVEN BLUEPRINT I USED TO MAKE OVER $350,000 SELLING PHYSICAL BOOKS
ON AMAZON IN 2020!
Introducing The Ultimate Step by Step Blueprint for Growing an Insanely Profitable Book Business Selling on Amazon With NO Experience and Very Little Money...
CUSTOM JAVASCRIPT / HTML
”Avery helped me grow to 6K, and now I am at the 8-12K a month on amazon FBA. I might add I am a full time teacher, so squeezing time out of a day has to be creative…” - Max
Here’s A Fraction Of What You’ll Learn: 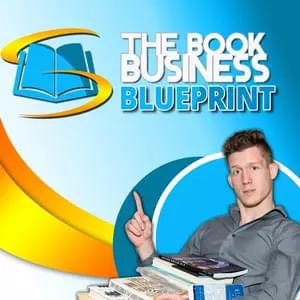 This course contains the core components to building a book business that generates thousands in revenue... Here’s a taste of what you’ll learn!! 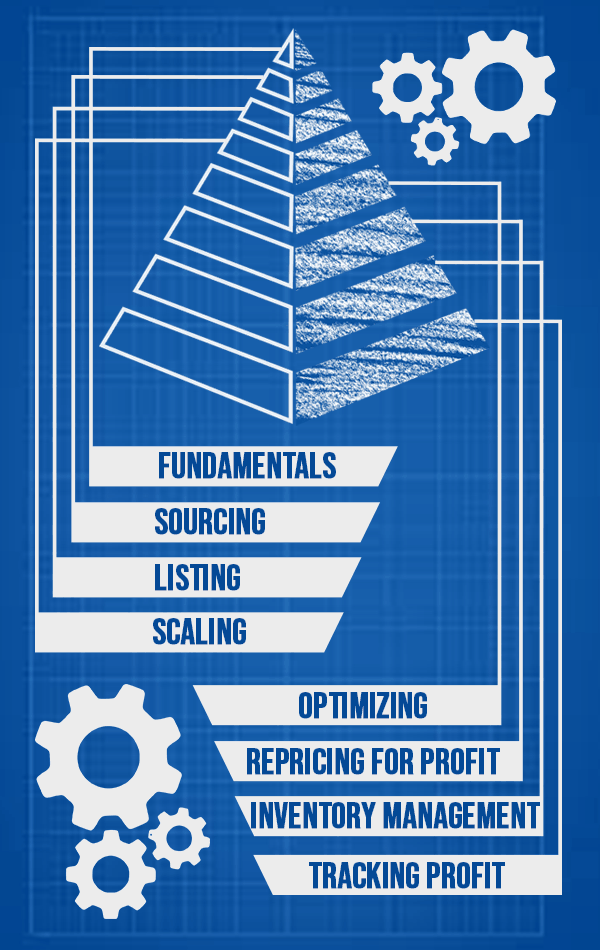 Achieve Freedom, Say Goodbye To A Boss, and Build Your Dream Life Now!
Tired of false promises?  Want an online business that actually puts money in your pocket?
The Book Business Blueprint will show you... 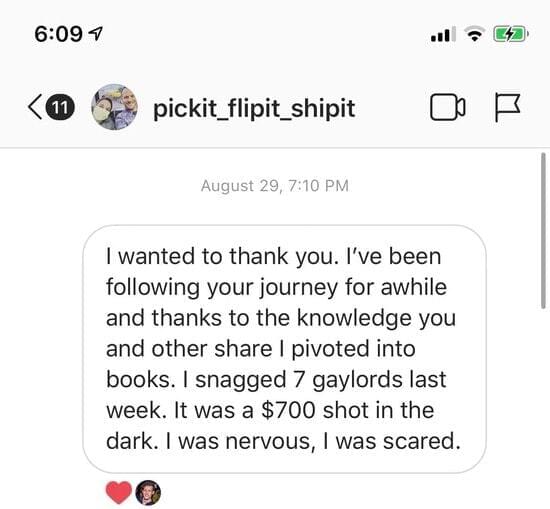 Check out the sales below from one of my students! 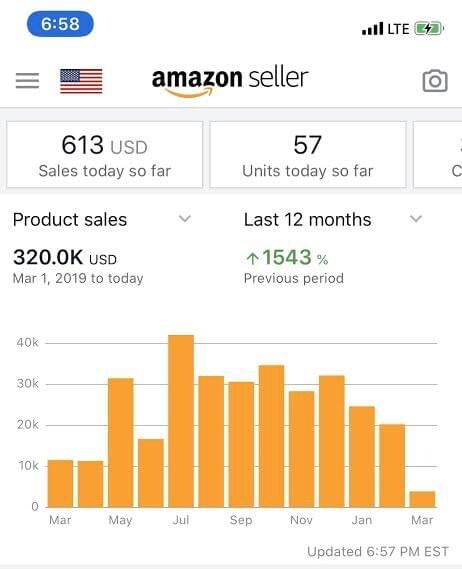 “Romer has taught me everything to get started selling books on Amazon. He was basically my mentor.
- Tim 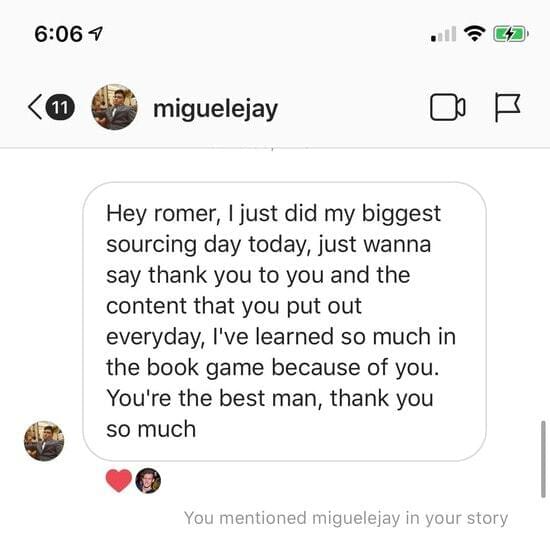 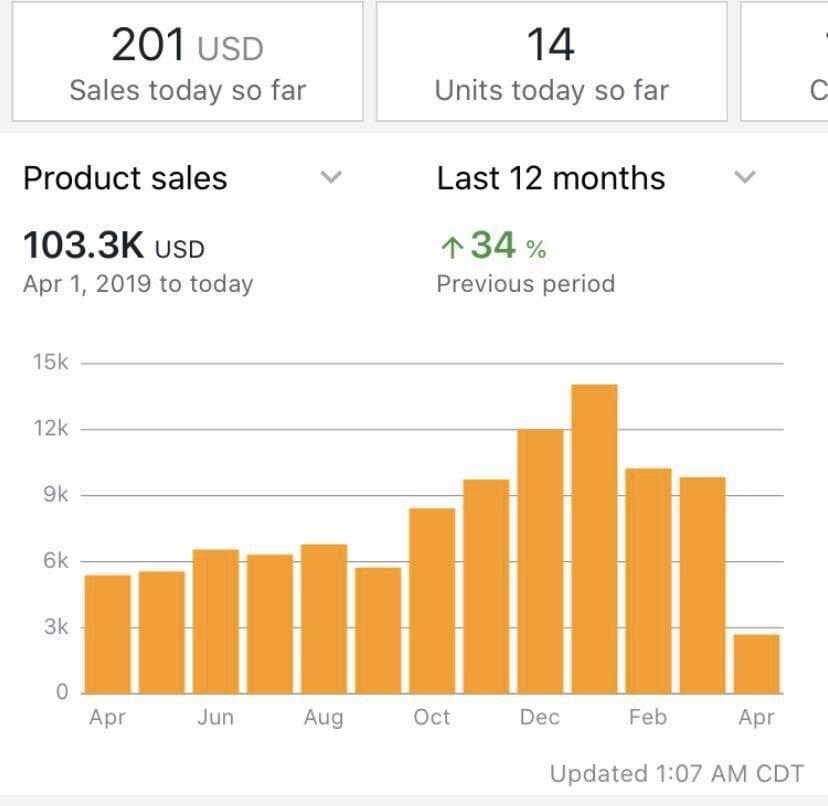 Stephanie's sales after implementing the tactics she learned!

YES! I Want to Access the Book Business Blueprint TODAY!!

$161,902 deposited into bank account from just one of my Amazon accounts! (over last 12 months)

HURRY! This offer will only go up in price as time goes on!!
Get in now for lifetime updates (as I update course it will go up in price!)
This isn't just another "Amazon course"...
Here's what others have to say about their results working with me!
Inside this course, here’s a few of the exclusive secrets you'll learn about:
YES! I Want to Access the Book Business Blueprint TODAY!!
By Implementing The Advice I Gave, My Students Are Making Thousands of Dollars a Month Selling Books On Amazon
Generate extra income to buy a home ...


The freedom to work whenever and wherever you want ...

Stop being a financial burden to family and become a provider ...
The thrill of the deal! (nothing like buying something for $1 and flipping it for $100)...
Fine tune your business skills through raw hustle (strengthen that "money muscle") ...
Make more money (duh...)
God forbid a medical emergency happens to someone you love in your family you have the money to get the best help available ...
Learn how to be a leader (that’s what building a business is all about) ...
That’s EXACTLY What A Successful Amazon Book Business Does…
I have helped hundreds of resellers generate extra income.
Now it is my goal to have 100 students that make a full time living selling on Amazon.
This course will teaches how to build a book business that achieves the freedom we all so badly desire!
I used to think building an Amazon book business that generated money while I was "doing other things" that I enjoyed was  too good to be true…
The truth is.....that’s a limiting belief that our brain generated as a response to getting out of our comfort zone.
Building a successful Amazon business is hard work. Anyone that tells you otherwise is lying!
This course teaches the core principles to building a book business that build freedom rather than a book "hustle."
There is a ton of free content on YouTube that I have learned from myself…
... but to teach myself how to build a real business, one that operates in my absence, I found little to no content on that.


I wasted hours sifting through the fluffy and sometimes silly videos on YouTube just to get a few nuggets of actionable knowledge.
After months of raw trial and error…
After visiting and interviewing dozens of full-time Amazon sellers…
After receiving mentor-ship from 7-figure book sellers...
I have created a course that would have saved me thousands of dollars, and more importantly, thousands of hours.
I Generated $250,000+ annually selling used books on Amazon
I started selling used books on Amazon when I was in college.


I would sell my textbooks (and my friends') at the end of each semester.
One semester I took a $700 loan from my dad and bought all the textbooks I could from other students.
That was my first experience selling on Amazon.
After graduating college, I decided to take a gap year rather than go straight to graduate school for my physical therapy degree.
During that gap year I started a landscaping business.
While it was profitable, I couldn’t believe how much money I was making selling books on the side in comparison.
I remember cutting a yard with my buddy and making $40 total.
After the cost of gas and splitting the profit I was left with $17.50.
That’s not bad for an hour of work, I thought, but then I pulled out my phone, checked my Amazon sales, and found out I sold a textbook for $80...
...The profit was about $60.
I made 3x as much money selling a book online than working my butt off in the hot summer sun.
That’s when I realized selling books on Amazon had potential.
But I still decided to follow my “passion”.
I coached wrestling that winter...
...I loved coaching, however, I got paid a little over $1000 for what felt like 1000 hours of work.
I was making more flipping books on the side (I didn’t even know what I was doing back then) than a skill that I spent 10+ years fine-tuning.
What was I going to do to actually make money in the world?
I had my bachelor's degree and was planning on going to graduate school to become a physical therapist...
... but was $60,000 in debt worth making $60,000 a year?
Still living with my parents and on the verge of a quarter-life crisis, I decided to travel America living in my 2005 Toyota Corolla.
For money, I would sell books that I found at libraries and thrift stores on Amazon. I always wanted to travel the world, so why not start with America?
It took me about a month to get to California, and I was only sending in about 100 books per week to Amazon FBA.
I did not know the more advanced techniques I know now to acquire books, otherwise I would have sourced 5 times as much (I go over this in Module #3 - Sourcing Books for Huge Profits).
When I was in California, I saw a post on Facebook promoting a book sellers conference.
I met my mentor Caleb Roth there.
I could tell this guy was making a lot of money selling used books because he quit his job in the medical field to flip books full time.
When someone leaves a job that pays over six figures to flip books, you pay attention.
For the next year I traveled America visiting other Amazon sellers who made a full time income from selling books.
The Book Business Blueprint is a package of all the knowledge I absorbed over the last few years.
I have successfully built a book business that sells $40,000+ in used books each month.
YES! I Want to Access the Book Business Blueprint TODAY!!
This course will only go up in price as more value is added over the years. So get in now!!

These are the fundamental strategies you must implement to build a book business... here’s a sneak peek at what you’ll learn:
1. How to find profitable books (beginner and advanced techniques)


2. How to use the exact same methods as 7-figure Amazon booksellers
3. Build a business that allows the freedom to travel by building systems that allow your business to operate without you..
4. Discover what most people don’t know (and do wrong) when it comes to building a book business on Amazon.
5. Learn how to make “robotic” income by building a business that operates without you.
6. Develop the skills to build a sustainable business, skills that only 3% of successful Amazon sellers focus on… (found in Module #4 - Scaling Your Book Business)
ALSO...
You’re also getting EXCLUSIVE access to my Facebook group where I will be super hands on with you!
See What Ben Has to Say About Romer's Content!
“I did 9k last month and 11k the month before that! I want to thank you for that and how you keep contributing to the community. Thanks Romer!”
- Ben
What Zach Had to Say About Learning From Romer!!
"Today was my fifth day in a row selling over $1000 on Amazon!" - Zach
See What Brandyn Had to Say About Learning From Romer!!
"Wow! You can really take it this far with books."
"You're getting a smorgasbord of information shared by a network of those most qualified to advise." 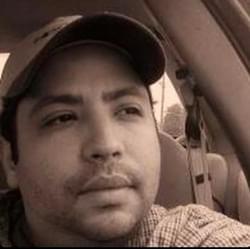 “One of the best things about Avery Romer is his talent for getting the most relevant information from the most experienced and trustworthy sources. What you learn from this book is not just "one guy's formula that worked once in ideal circumstances". You're getting a smorgasbord of information shared by a network of those most qualified to advise. Thank you for all the unseen hours, miles, and preparation you've put into your content. It's made a difference in my business, and I'm looking forward to buying your course."
- Milton Jose 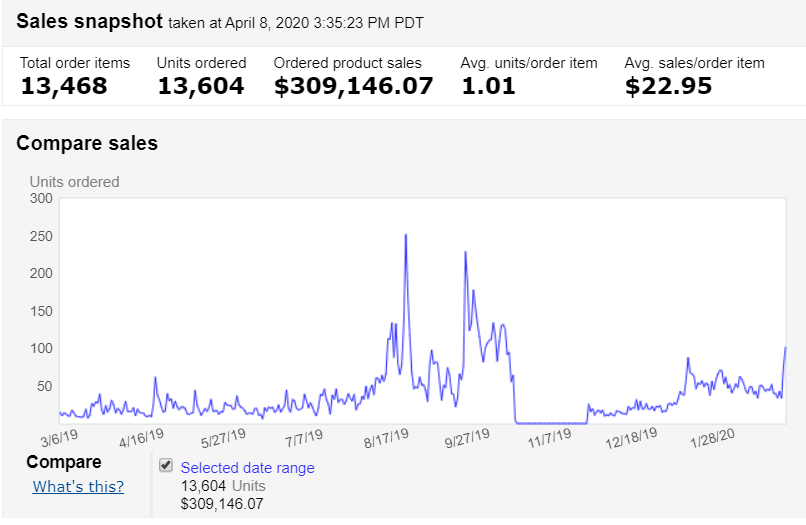 Here's Everything You'll Get: 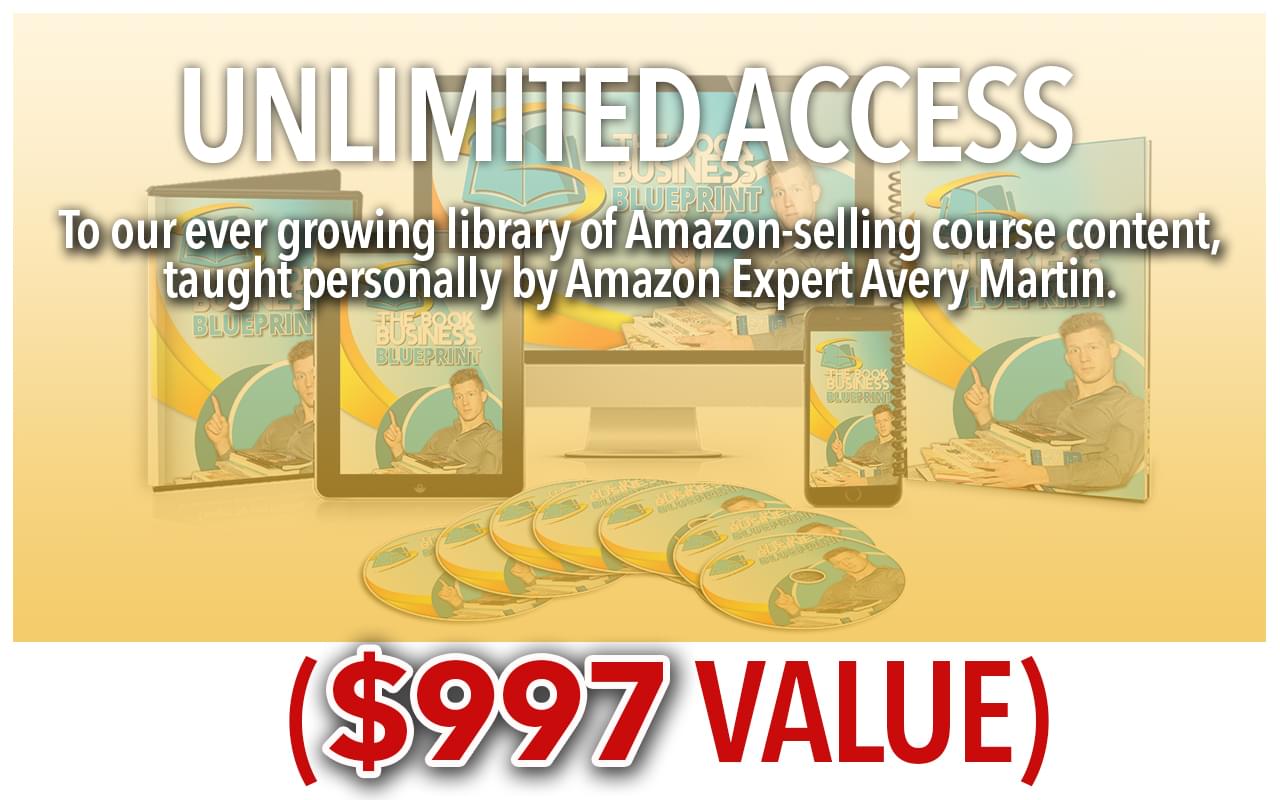 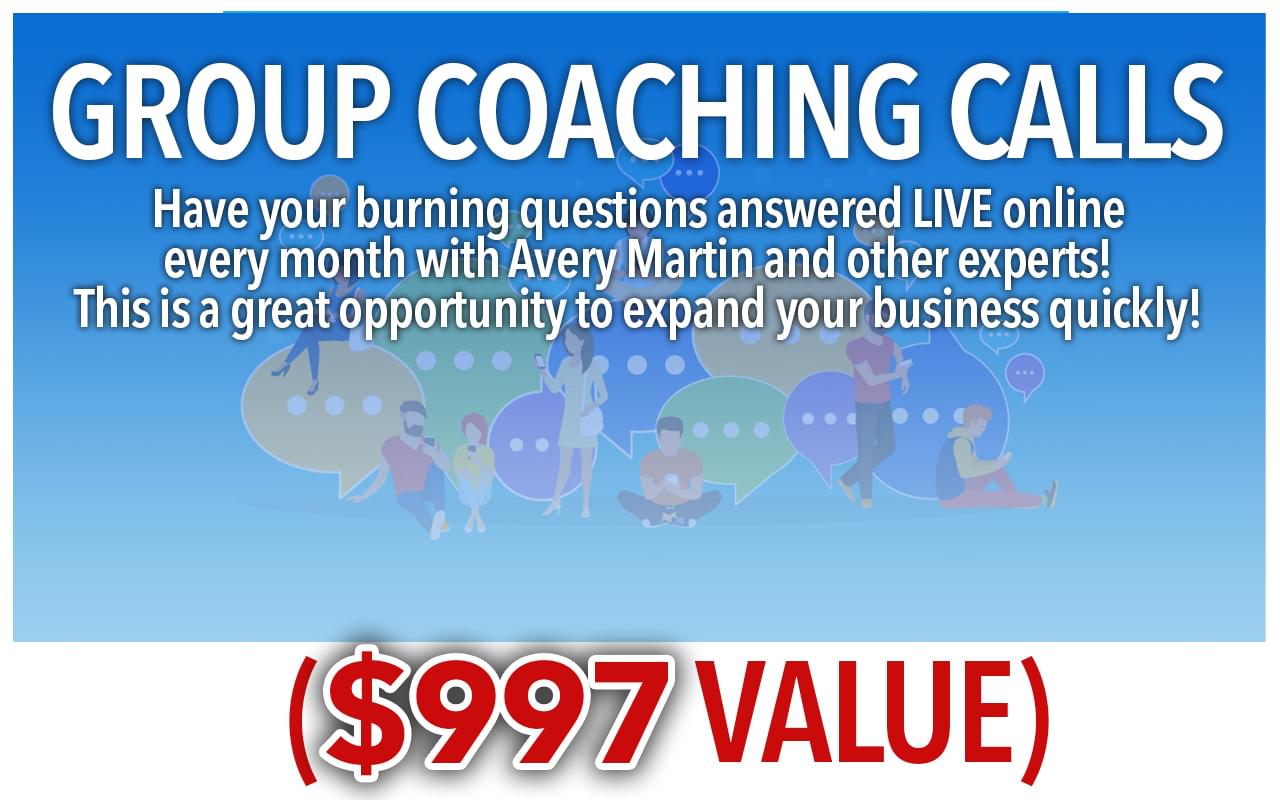 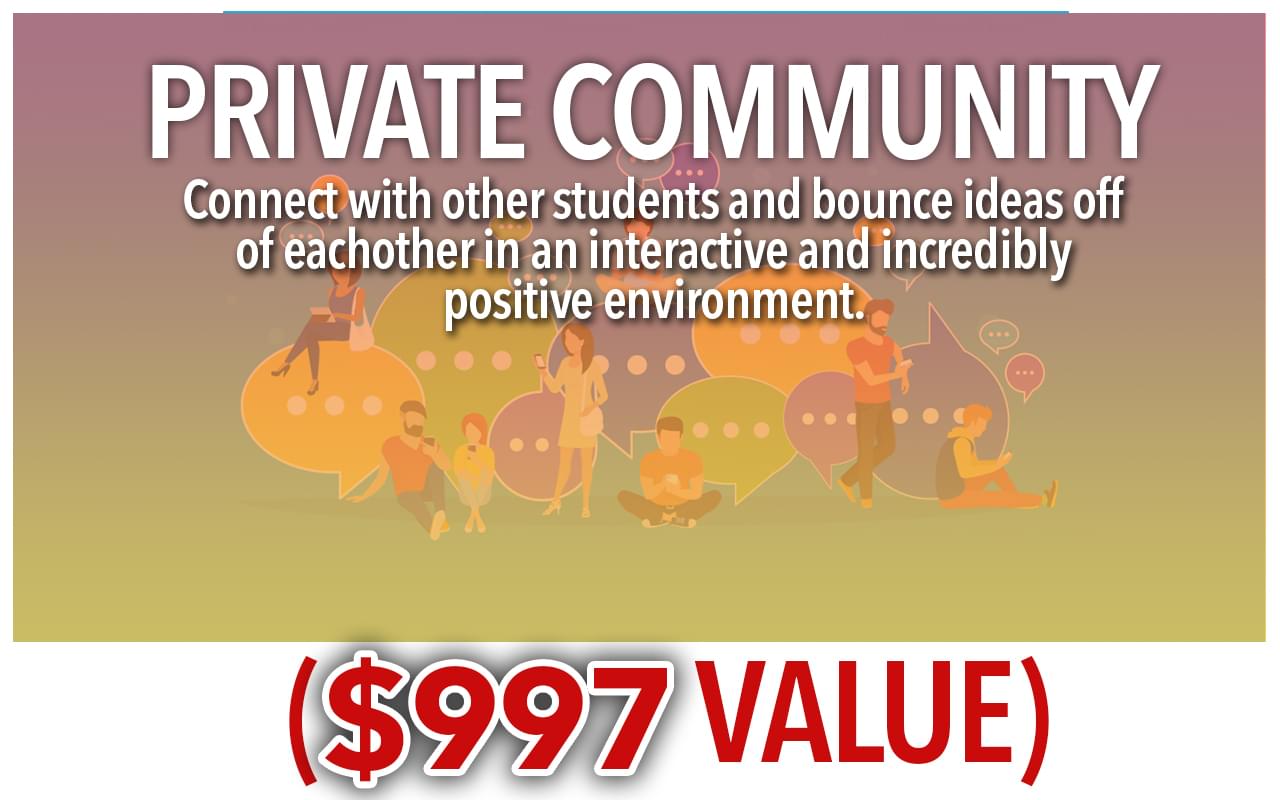 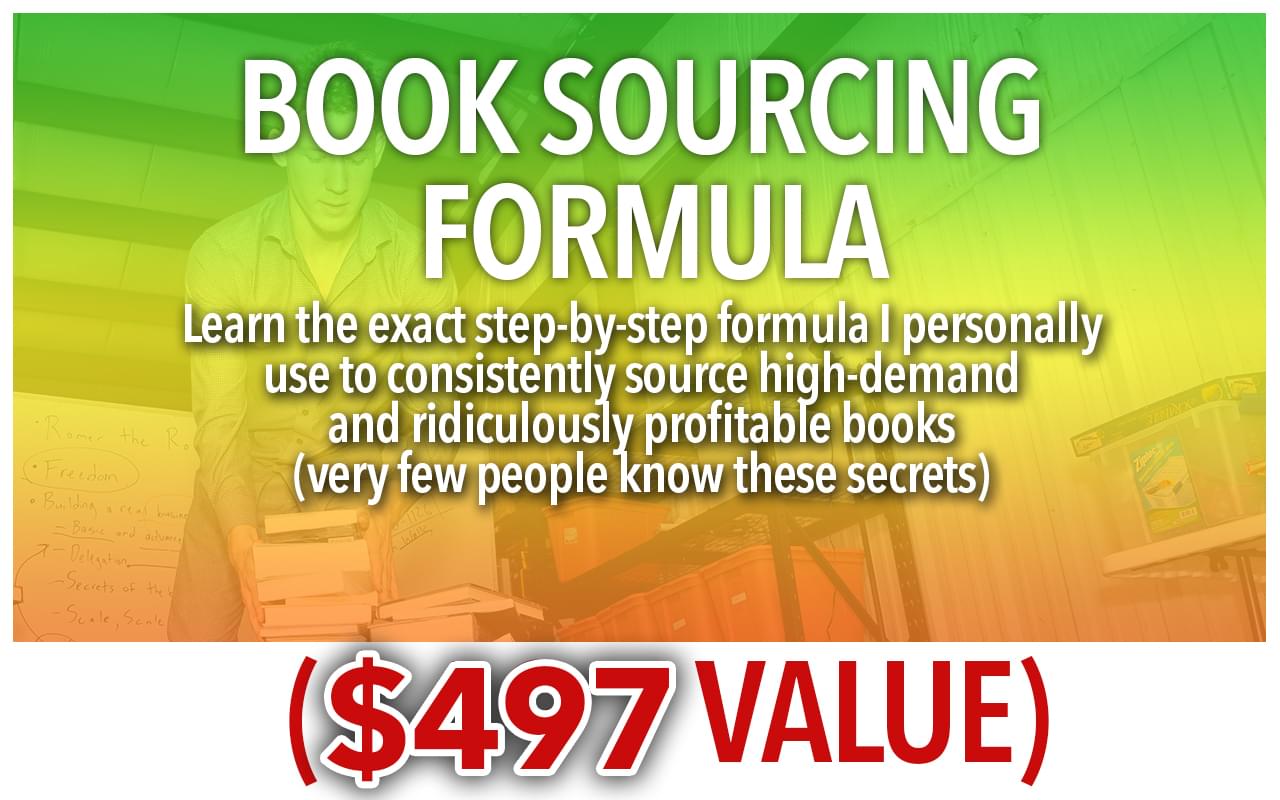 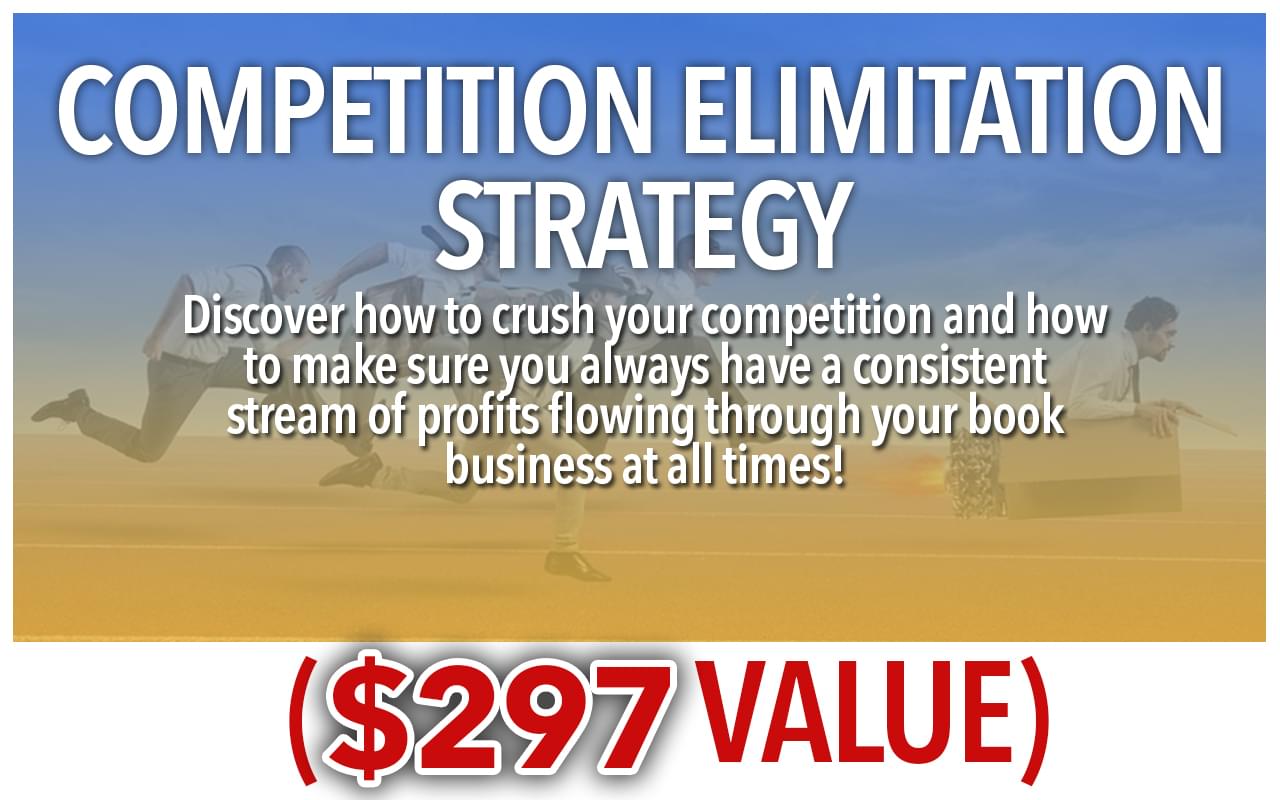 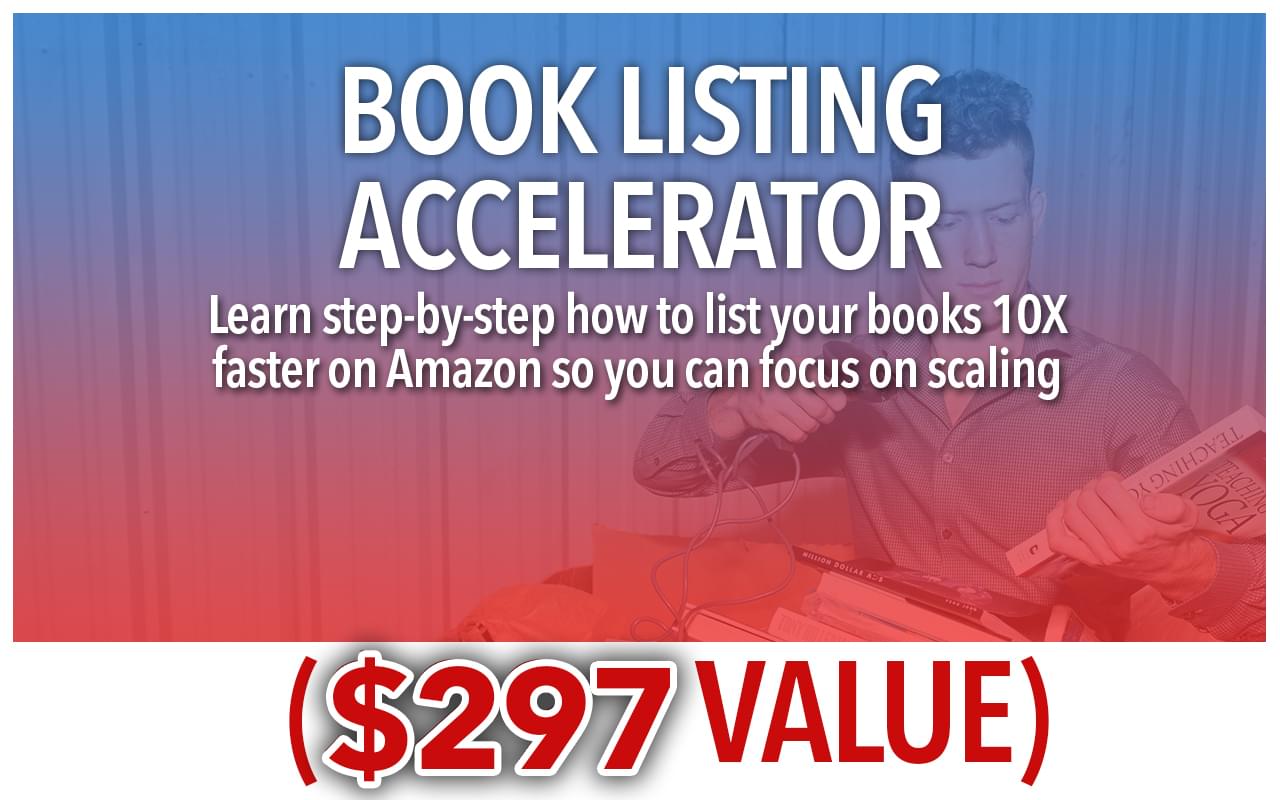 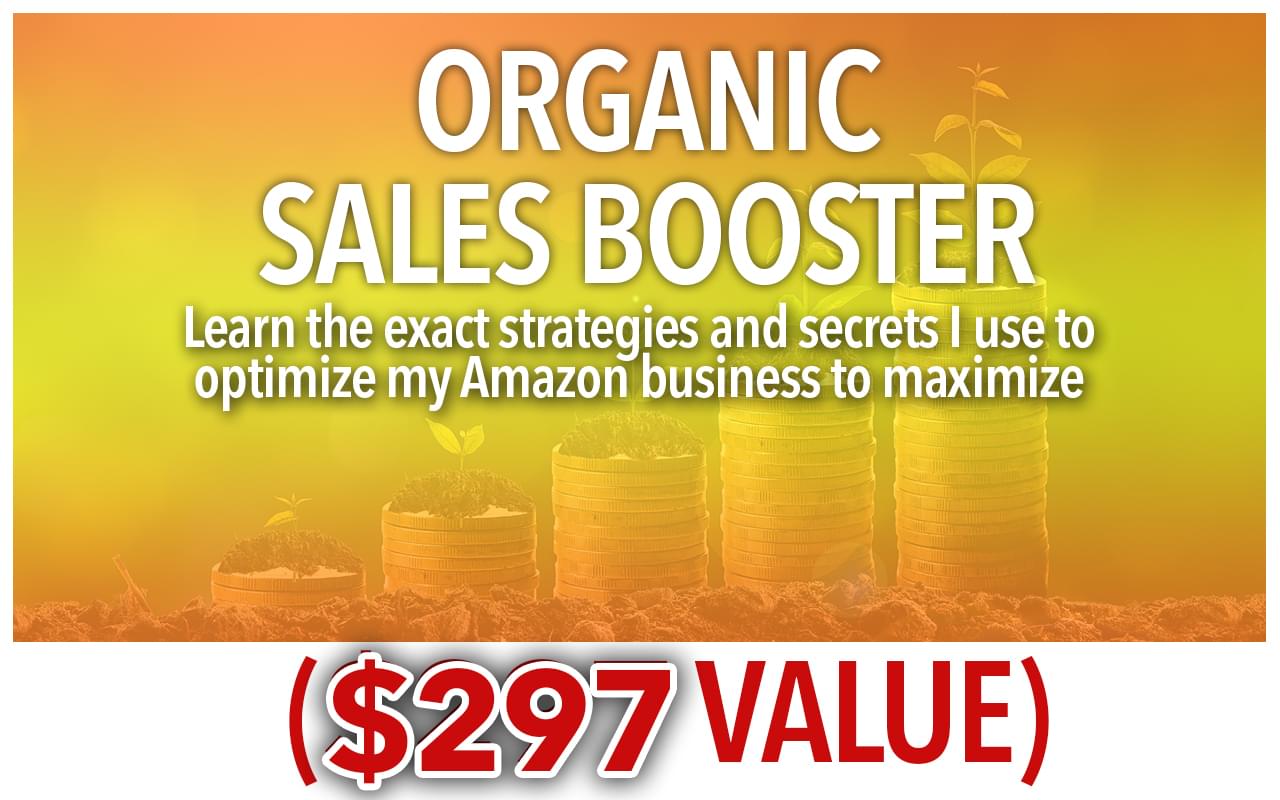 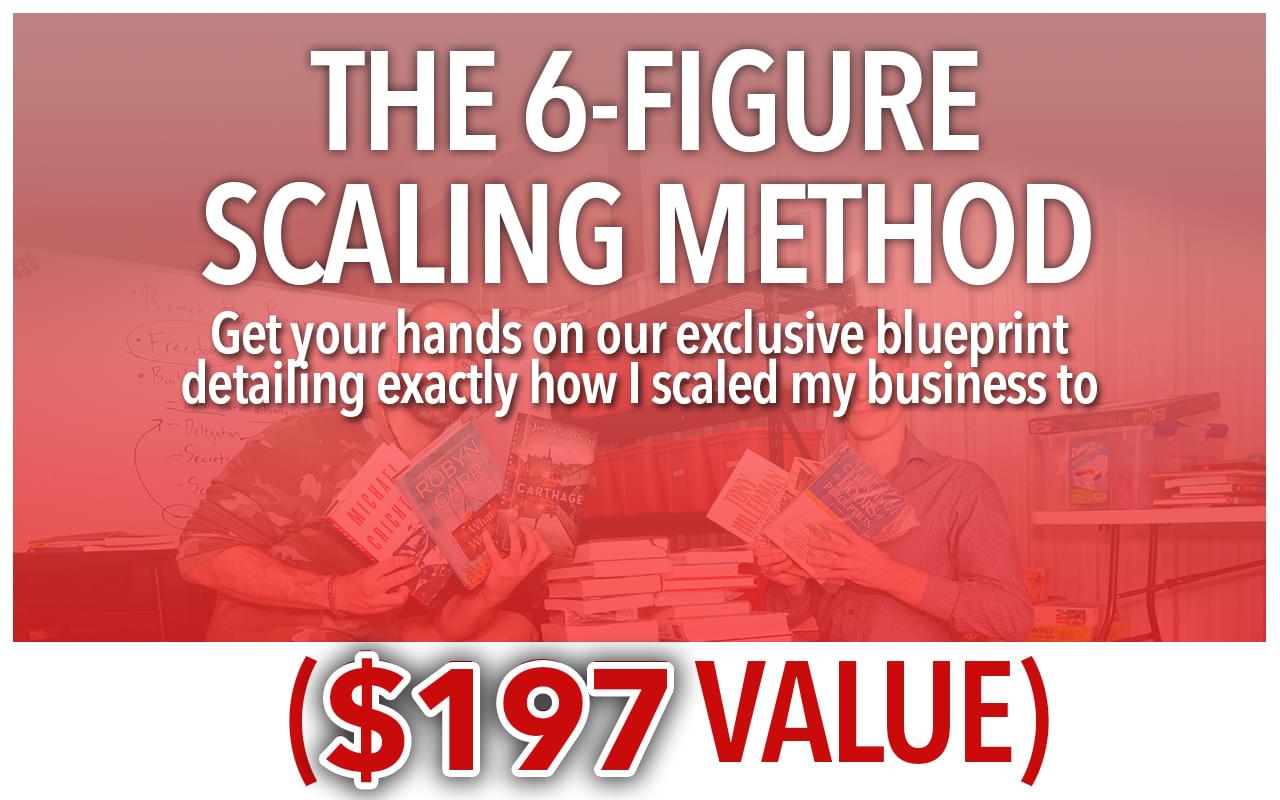 FREE BONUSES If you join TODAY: 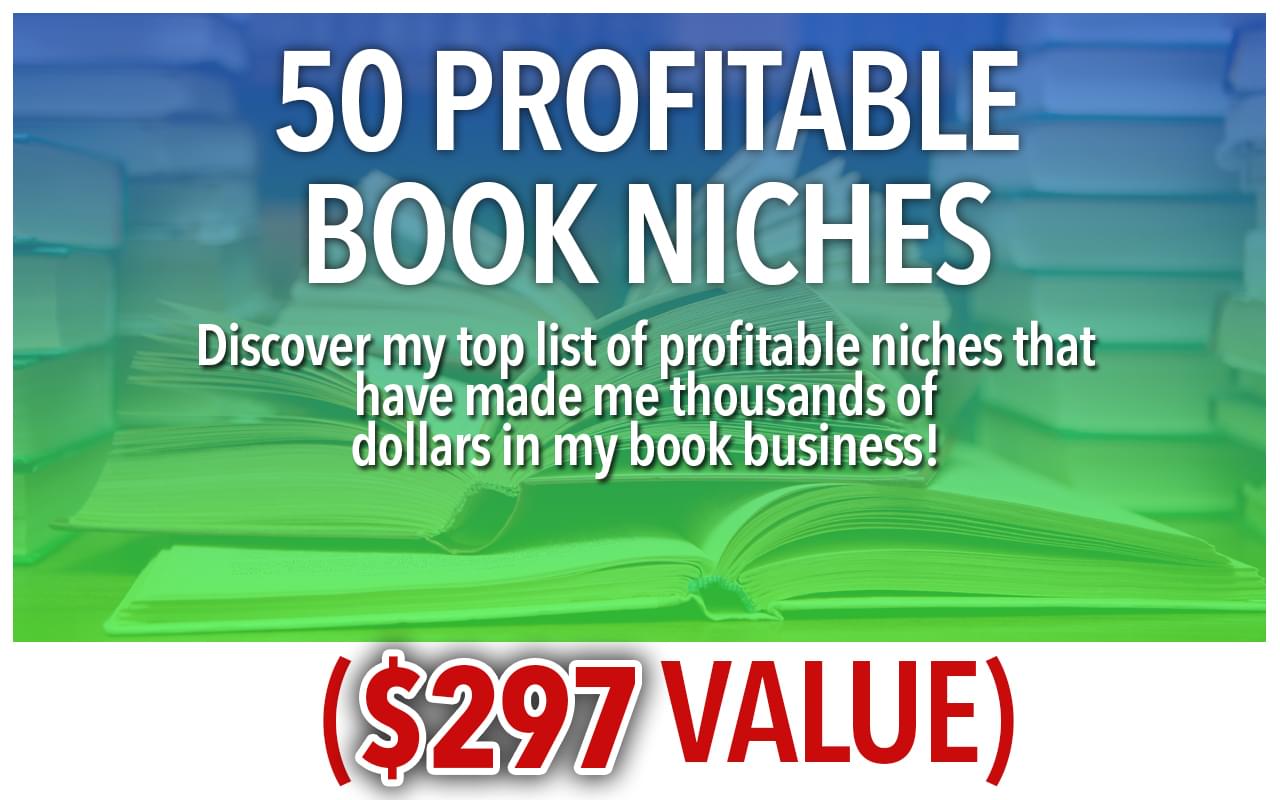 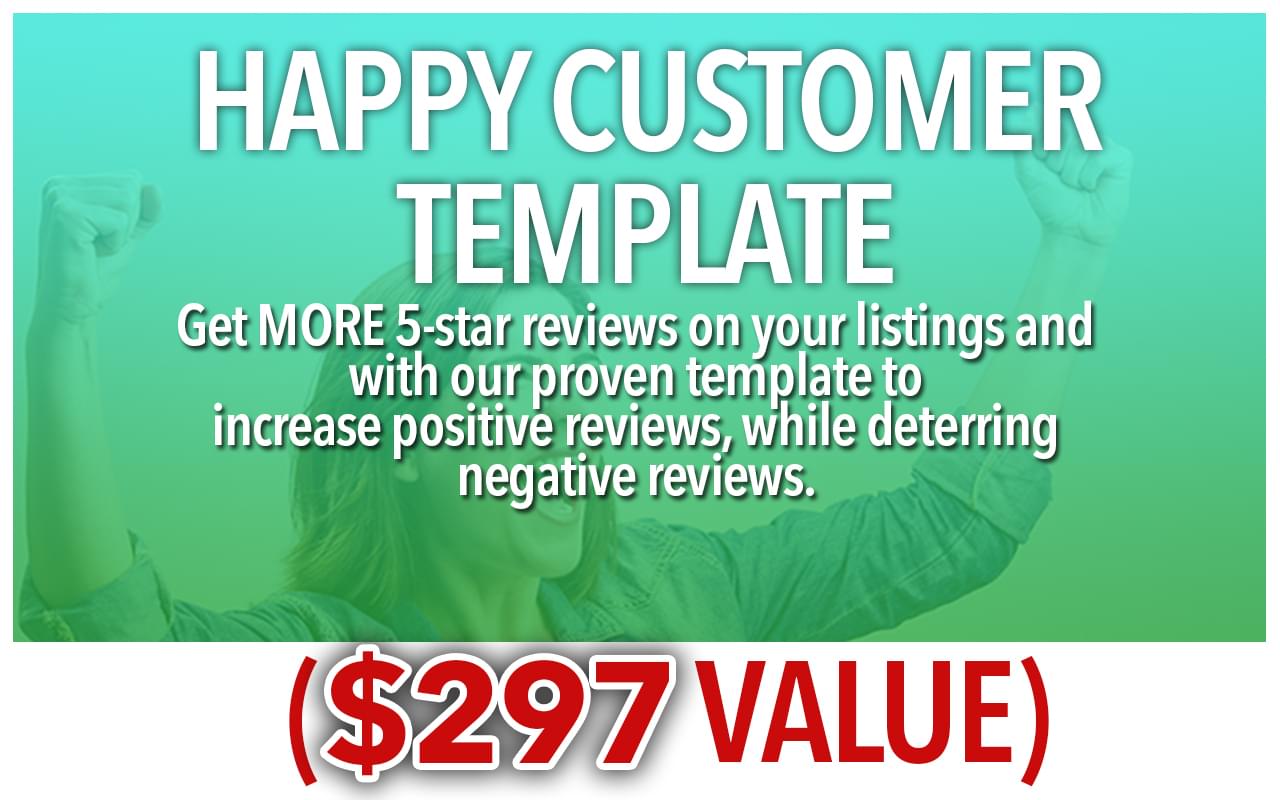 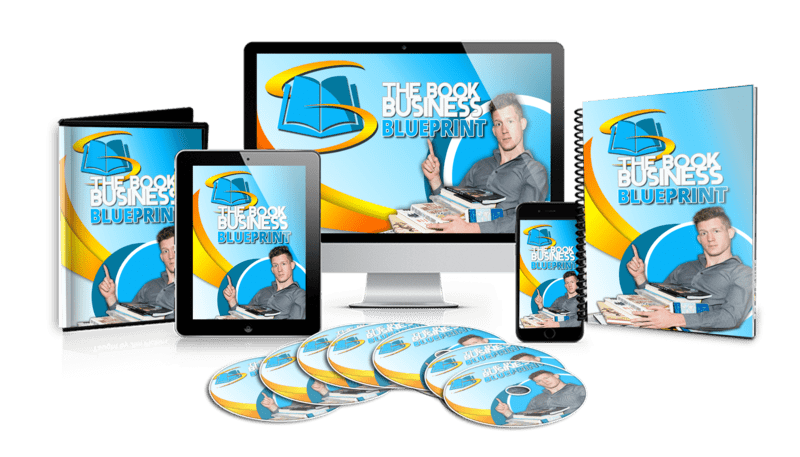 Join With $0 Out Of Pocket by using PayPal Credit.
Fill out your info on next page click "PayPal Credit"

Billing Address
>> Special Offer Click Here << Yes! Send me Book Business Blueprint NOW!
I expressly authorize Avery Martin to send me emails and text messages about his products or services using automated technology to the email/number provided on the form above. I understand that I am not required to give my consent as a condition of receiving information or purchasing a product and can opt out anytime.
Edit Shipping Details
Your order has been declined. Please double check your Credit Card Details or contact support for information.

ONE TIME OFFER - Only $47: Gain Instant Access to my Secret Sourcing Scripts! These are the exact scripts I use in my book business to source 10X More PROFITABLE books!! These scripts have ALONE helped me make an additional $100,000 in revenue over the last year on Amazon! These normally sell for $297, but for this One Time Offer, You can get ALL my Secret Sourcing Scripts for a One Time Payment of Just $47! Check YES above to add this special offer to your order now!” (This offer is not available at ANY other time or place).

Complete Order
* 100% Secure & Safe Payments *
I agree to the TOS and Privacy Policy.
Your card statement will read (bookbizblueprint.com)

Enter Your Promo Code Below: 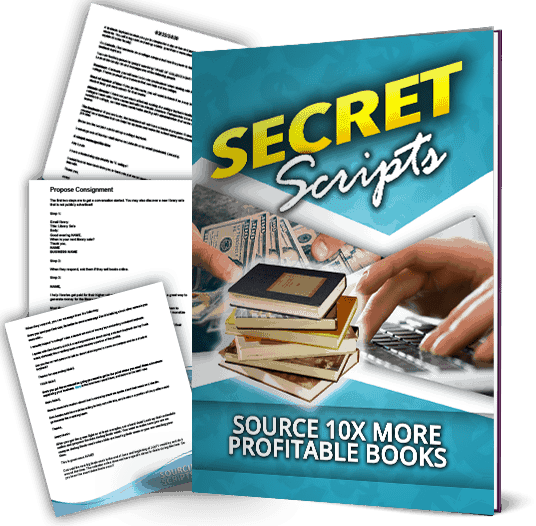